There are several different laws in Texas for crimes that resulting in the death of an individual. In the Texas penal code, they are the homicide crimes. Among them are murder, capital murder, manslaughter, and criminally negligent homicide. These crimes are different in several ways. One way in which they differ is punishment, and these charges range from a state jail felony all the way up to a death sentence. The homicide crimes are all felonies, although varying degrees. These cases are prosecuted in felony courtrooms, and in Texas that means in Criminal District Court.

Or the four categories of homicide, capital murder is the most serious. It is the most serious crime in the Texas penal code. If found guilty of Capital murder, a person can be sentenced to death. Obviously, that is the most severe punishment of all. Capital murder trials are very expensive to prosecute and defend and require an incredible amount of time on the part of judges, attorneys, jurors, and court staff. Capital murder trials cost the County hundreds of thousands of dollars. Manslaughter is a second-degree felony. Criminally negligent homicide is a state jail felony. Murder is one of the most serious criminal charges that a person can face. Although death is not a punishment option, murder is a first-degree felony. This page discusses the Texas murder statute, and aspects of defending a murder charge.

What is the Law in Texas on Murder? 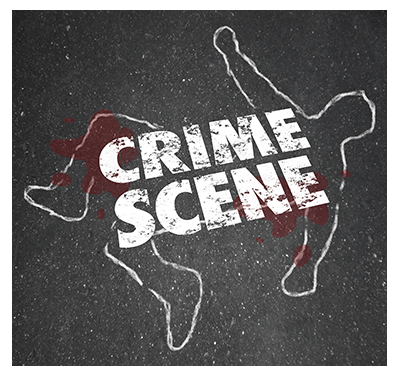 Murder is the crime that usually comes to mind when a person thinks of criminal justice system, or thinks of what a criminal defense lawyer does. They are serious and difficult cases with high stakes for the person on trial and high stress on the lawyer defending the case. Although murders are not rare criminal cases, but they are not extremely common either.

They are complex cases. During plea trial settings, negotiations take much time and much effort. If a compromise cannot be reached, there is a tremendous amount of preparation that goes into a murder jury trial. A lot of preparation from the prosecution and the defense. For the law on Murder, look to Section 19.02 of the Texas Penal Code.

Murder means intentionally causing death of someone, or intending to cause serious injury and a death results. There is also felony murder, discussed below, in which a death happens during the course of a felony.

A murder charge criminalizes a certain mindset that must be proven to sustain a conviction. What differentiates the homicide crimes is mainly is the person’s mental state. For murder, that mindset is intentional. Murder requires an intentional act. According to the law, there are three ways a person can commit murder. A person must either cause someone’s death with intent, or cause serious bodily injury with intent and that injury results in death. The third way outlined in subsection (c) is regarding felony murder. Felony murder, discussed below, involves a death that occurs during the commission of another felony. As mentioned earlier, murder is prosecuted as a first-degree felony in Texas, and that means that the range of punishment is between 5 to 99 years in prison and up to a $10,000 fine.

How to Defend a Murder Charge?

Any homicide crimes it is important to hire an attorney immediately to get your defense started. The opening stages of a criminal investigation are crucial moments for the defense. In serious cases like homicide, a law enforcement investigates thoroughly. Police will want to get witness statements from all parties. If you are under investigation for a homicide crime, or you believe an investigation is looming, it is very, very important to consult legal advice. It cannot be overstated how important this can be to your case. Statements that you give to police can forever alter the course of your case. Talking to police may end up being the right move, but do not make this decision without an attorney.

Defending a murder charge involves incredible amounts of preparation and investigation on the part of the criminal defense attorney. This is another reason contact an attorney early on. The defense for serious felony charges must be planned. The defense must be investigated thoroughly and meticulously. Murder charges are often complex cases to defend and often involve many components. There are witnesses. There are police reports. There is likely forensic evidence to examine and consider as well. If you are facing an investigation for this very serious criminal charge, call me and we will discuss your case and start building your defense.

What separates manslaughter from murder is the mindset of the person committing the act. What was this person thinking? What are the circumstances that show what they were thinking? Rarely does a person announce “I intend to kill you now.” Murder requires an intent to either kill someone or an intent to inflict serious bodily injury that then results in death. Manslaughter does not require the same intent. Manslaughter only requires reckless conduct. The statute on manslaughter can be found here: Section 19.04 Manslaughter.

Manslaughter is recklessly causing a death, and it is a second degree felony.

The key word here is “reckless.” What is reckless conduct? Reckless behavior can be more difficult to pin down and put into words. To act recklessly, a person must be aware of a substantial risk that death may occur. That person must then disregard that risk. In addition, that risk cannot be justified.

Here is an easy example of recklessness: imagine a city street with a speed limit of 35 mph. Now imagine a person is traveling down that street at 65 mph and while barreling through a series of red lights and stop signs, the car strikes a pedestrian and causes their death. Regardless, manslaughter is a very serious charge. If you or a loved one are facing this charge, call me to discuss your case.

What is Intoxication Manslaughter?

What is Criminally Negligent Homicide?

As we have seen, when a person causes someone else’s death, the penalties will revolve around that person’s mindset. Did they intend to cause the death? Did they know there was a substantial risk that someone’s death might result and then ignore that risk? Often, whether a death was caused by intentional or reckless conduct will be a matter of debate between the state and the defense. The lowest level of culpability is criminal negligence. For the statute, click here: Section 19.05. Criminally Negligent Homicide.

Criminal negligence is closely related to criminal recklessness. A person acts recklessly if they are aware of a substantial and unjustifiable risk. A person acts negligently if he should be aware of a substantial and unjustifiable risk. This is a very fine-tooth legal point, however the difference in punishment between the charges is huge. A state jail felony is the lowest level of felony charge. However, this is still a felony should be taken seriously. It carries a range of punishment of us to two years in state jail. If you are facing a charge for criminally negligent homicide, call my office to discuss the charge in detail.

What is Felony Murder?

Felony murder does not require either intent to cause death or the intent to cause serious bodily injury. The felony murder doctrine involves a death that occurs in the commission of another felony. The language from 19.02(b)(3) tells us that a person can also be charged with murder if the person:

If a person involved in any felony such as assault, robbery, burglary, or any other felony, and a someone gets killed in the process, or immediately afterward, a murder charge can result. To be charged with felony murder, the felony doesn’t have to be completed. It can just be an attempted felony. The act must be clearly dangerous to human life. For example, if someone is involved in a high-speed car chase from police, that is felony evading arrest. If during the chase, the death of a pedestrian results, a felony murder charge can result. Another example: after burglarizing a home, a person flees the scene of the crime and runs someone over. In each of the examples, the state would have to prove that the driving was clearly dangerous to human life.

What is Sudden Passion and Adequate Cause?

Sudden passion and adequate cause are terms of art that can reduce a murder conviction from a first-degree to a second-degree felony at the punishment stage of trial. In Texas, criminal trials take place in two phases. There is the guilt-innocence stage, and if a person is found guilty, there is the punishment stage. This comes into play after a conviction. Here is what 19.02(d) says:

Sudden Passion means an immediate passion that drove a person to act. The issue may be raised in the punishment phase of the trial, and if it is proven by a preponderance of the evidence, the crime is a second degree felony.

Adequate cause is not the same as self-defense. Self-defense is complete defense. That is, if the defense can prove to the jury that the person was acting in self-defense beyond a reasonable doubt, the verdict will be not guilty. Adequate cause and sudden passion lower murder to a second degree felony. Here is the definition of adequate cause from Section 19.02(a)(1):

“Adequate cause” signifies a cause that in a human being could ordinarily produce rage or anger or resentment that would make a reasonable person with an ordinary temper unable to coolly reflect on his or her actions.

“Sudden passion” is a passion that is provoked by the person who is killed. It must be directly caused by the person. The passion must come up at the time of the death, and cannot stem from an earlier time.

The key phrase here is “directly caused.” Whether an event directly causes sudden passion can be murky, unclear, and up for debate. The prosecution and the defense will litigate this if it is in issue. Remember, this is not really a defense. This is more like punishment mitigation when a person has already been found guilty.