Intoxication Manslaughter is a serious charge, and requires a serious, calculated defense to protect someone’s freedom and, ultimately, someone’s life. It arises when a person gets into a car accident or motorcycle accident, driving while intoxicated is alleged, and someone dies directly because of the accident. Intoxication Manslaughter is a felony level charge. In Texas, this means that the case will go through the grand jury and the indictment process. If indicted, the case will end up no a docket in a Criminal District Court. To secure a conviction, the district attorney will have to prove, beyond a reasonable doubt, all the elements of drunk driving or DWI. 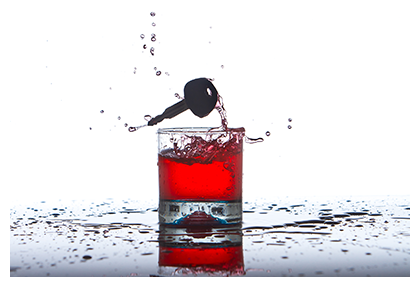 The District Attorney will also have to prove that because of intoxication, a person’s death resulted, and the death resulted by accident or mistake. When someone dies, criminal prosecutions become very serious, and law enforcement becomes very determined. The political pressure on the District Attorney to enforce these cases is great, and both police and state attorneys go after these cases very aggressively. If you are facing this charge, you need a criminal defense lawyer who is determined and skilled in defending all aspects of this charge. Intoxication Manslaughter is very seriously pursued by police and by prosecutors, and requires an equally strong and resolute criminal defense. If you or someone you love has been arrested for Intoxication Manslaughter, please call my office today to discuss your case.

Will You be Charged with Intoxication Manslaughter?

Sometimes it is not immediately clear what charge will be filed. I’ve consulted with people in my office and it is not clear whether the charge would be DWI, Intoxication Assault, or Intoxication Manslaughter. A car crash with injuries parties involved is a dynamic event. This is especially true when drivers, passengers, or pedestrians are seriously injured and paramedics are involved. In a police investigation involving a car crash, often the driver is also hurt to a greater or lesser degree. If the driver must also be taken to the hospital before a DWI investigation can occur, this can change the landscape of the investigation. If there is a serious injury or death involved, police will get a blood sample to test for alcohol or other drugs such as marijuana or cocaine.

A crime is committed if:

someone is intoxicated and operates a motorized vehicle in public and

causes another person's death because of intoxication

and that death is because of mistake or accident

This crime is a second degree level felony

This statute is short and simple. However, proving that a crime happened is far from a simple matter. Generally, in DWI cases, proving intoxication is the most contested element. This will also prove true with Intoxication Manslaughter cases. However, several elements can be disputed between the prosecutors and the defense. In a DWI case, intoxication is almost always a central issue. Another issue that arises is whether someone was operating a motor vehicle. However, the issue of operating does not typically arise in Intoxication Manslaughter cases. Here are the five elements that must be proven beyond a reasonable doubt to secure a conviction:

Most people think about Intoxication in the context of a blood or a breath test score coming in above the legal limit. Although, there are three ways that the state can prove intoxication, and only need one of the three. Generally, the state will try the shotgun approach and attempt to prove all three. Here are the three:

In a typical DWI case, the state will try and show the loss of normal physical and mental faculties by showing the jury the poor driving facts and by the field sobriety tests and other aspects of a police officer’s investigation. In an Intoxication Manslaughter case involving a car accident, there may not be any field sobriety tests. There may not be any evidence of the driving facts that led to the accident either. There will be an accident reconstruction, however. Based on how the crash happened, police will try to determine how the defendant may have been driving.

What About Blood Tests?

As discussed above, there are two kinds of blood tests that can be involved in a DWI case. There are forensic blood tests and hospital enzymatic blood draws. Usually, in DWI cases, there are forensic blood tests. Blood is taken at a hospital but the person is not admitted. The blood test is then analyzed at the lab. If the driver is injured and gets admitted to a hospital, it’s a different story. There will be an enzymatic blood taken by medical personnel and analyzed for alcohol. Hospital blood draws test serum instead of whole blood and because of that, the resulting blood alcohol concentration is falsely elevated. This is because alcohol molecules are more attracted to the water content in the serum. Studies have shown that alcohol readings can be significantly higher in a hospital blood test. As a result, when the serum is tested the blood alcohol concentration is higher.

What Does Cause a Death Mean?

How Can You Defend This Charge?

If you or someone you love are facing an intoxication manslaughter charge, or if you feel that a charge is imminent, call my office before you do anything else. This is very important. You need to consult with a criminal defense attorney so you know how to protect yourself. You need to retain a skilled criminal defense attorney to fight for you. If your loved one is still in jail, we need to get his or her bond posted as soon as possible. It is always easier to defend a case when the defendant is out in the real world. The beginning stage of a criminal case before formal charges get filed is a very important time for someone accused and charged with a crime.

It is crucial that your defense begin as soon as possible. Your defense attorney needs to conduct a thorough and complete investigation of every part of the case. There needs to be an extensive examination of the accident scene by a defense investigator. If there is a blood test (and there is almost certainly going to be a blood test) there must be a systematic and exhaustive analysis of the blood test from the defense side. When I get retained on any DWI case, I always subpoena many documents about the gas chromatogram, the person conducting the test, the laboratory, and how the blood test was performed. The information I receive and examine goes above and beyond the standard discovery that the state provides the defense, and goes above and beyond what most attorneys examine. There are many pieces of an Intoxication Manslaughter case to look at and analyze and find a defense. Every case is different and must be examined on its own merits. Call my office to sit down with me and discuss this charge.

Can You Get Prison Time if You Are Convicted?

Yes, prison is a potential punishment. Intoxication Manslaughter is punished as a felony of the second degree. A second-degree felony conviction carries a minimum punishment of two years in prison, and a maximum punishment of twenty years in prison. Besides the possible time in the Texas Department of Corrections, there is a potential fine of up to $10,000. However, if there are more than one person dies in the accident, there can be more penalties. The state can charge a person for more than one count of intoxication manslaughter. If this is the case, the government can try and stack the charges. If a person is convicted, and the judge or jury does stack the charges, the person will be forced to serve their sentences consecutively, instead of concurrently. The state can also argue that the car is a “deadly weapon.[i]” If the state alleges that there was a deadly weapon involved, and the judge or jury makes this finding, this can also increase the time in prison. Intoxication Manslaughter is prosecuted very seriously across Texas.

Yes, probation is available for Intoxication Manslaughter. As noted above, every case is different and requires a specific assessment. For many Intoxication Manslaughter cases, the victory could be getting probation. A probation sentence can be up to 10 years. Probation can entail a lot of conditions set forth either as a plea bargain between defense counsel and prosecutors, or ordered by the judge. Felony probation is tougher and more involved than misdemeanor probation. Conditions for a felony probation involving an alcohol offense will be no alcohol. There may be a scram monitor attached to your ankle to constantly monitor alcohol through the skin. There will be other conditions as well. If you want to discuss conditions of probation or any other part of this charge, give me a call.