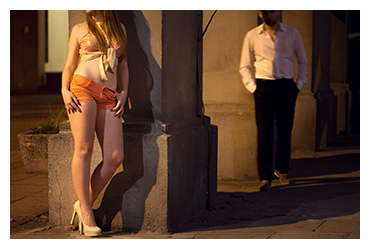 It is probably a safe bet that every adult in Texas has a good handle on what prostitution means. It is simple really: sex for money. As the famous saying goes, prostitution is the oldest crime. The sex industry in the United States is a billion-dollar industry. Because of the money at play, the sex industry is alluring to many who are seeking money, often times out of desperation. And prostitution allegations come in many forms, and there are usually sad stories and tales of regret that go along with it. There are highly profitable and highly organized businesses or enterprises. On the other hand, there are woman and men out there who resort to desperate and dangerous endeavors because of hardship. Also, police can often set people up for soliciting a prostitute. Regardless, if you or a loved one is facing an allegation of prostitution, it will be a trying ordeal. Prostitution is a crime that can be a Class B or a Class A misdemeanor, but it can also be a state jail felony or even a second degree felony.

Have You Been Charged with Prostitution or Solicitation?

Finding yourself in the position of having to hire an attorney, go to court, and defend yourself against this criminal charge can be daunting, embarrassing, life-charging. For most, getting arrested casts a harsh and overwhelming public light on a very private and personal matter. Prostitution is a criminal accusation that comes with a lot of social stigma. Regardless of whether you are a man or a woman, this is a criminal charge that can potentially affect a person’s life in an adverse way. Whether or not you are selling or buying, or trying to sell or trying to buy, an allegation of prostitution can affect your reputation with friends, with family, and certainly with coworkers, neighbors, and anyone and everyone else in their lives. This page examines many aspects of a prostitution charge in detail. There is a lot of information and analysis here. However, if you or a loved one has been charged with prostitution or solicitation of prostitution, you really should contact me. These are serious charges that can have many consequences outside of the charge. It is important to secure skilled and sound criminal defense representation.

How is Prostitution Defined?

Prostitution is found in Section 43.02 of the Texas Penal Code. Along with the crimes of Promoting and Compelling Prostitution, Texas law categorizes it in the Chapter 43, titled Public Indecency. For the language of the statute, look to Section 43.02 of the Texas Penal Code. This statute makes it illegal to both offer to participate in sexual conduct and to solicit someone else in public to participate in sexual conduct. There must be an agreement to exchange money.

This statute covers either party in the transaction, penalizing both sellers and buyers. Soliciting is penalized as well as offering to engage or agreeing to engage in sexual conduct. Soliciting is defined more specifically below, but soliciting basically means asking or propositioning a person for sex. Importantly, as detailed in (b-1), it doesn’t matter if the person actually receives the money, nor does it matter if someone pays the fee.

The penalties vary depending on a couple of factors, but the potential penalties can range from a Class B misdemeanor all the way to a second degree felony. The major factor determining the severity of the charge is if a person has ever been convicted of prostitution in the past. Prior convictions will increase the charge one level. Another factor that can drastically increase the charge is if the person solicited is under the age of 18. Here is the language from the 43.02 statute on penalties:

So if a person has one or two previous convictions for prostitution, that will increase the charge to a Class A misdemeanor. Class A misdemeanors are capped up to one year in County jail and have a maximum fine of $4,000. If a person has three priors, that will elevate the charge to a state jail felony. A state jail felonies range in punishment up to two year and have a max fine of $10,000 fine. The factor that can severely escalate a prostitution charge is if the person being solicited is under age 18. If this is the case, it can be a second degree felony. Second degree range in punishment between two years and twenty years in the Texas Department of Corrections and also have a maximum fine of $10,000. Furthermore, it does not matter if the person being solicited is actually under the age of 18. It is enough that the person being solicited represents that he or she is under 18, or that the actor believes he or she is under 18.

What Will Happen in Your Case?

If you or a family member has been charged with prostitution or solicitation of prostitution in Tarrant County, the case will end up in one of ten County Criminal Courts. If you are charged with felony prostitution, your case will have to first go through the indictment process. If your case gets indicted, your case will end up in one of ten Criminal District Courts. Once your case gets assigned to a specific court, you will begin going to court for several settings before your case resolves. Your first setting will take place roughly six weeks after your arrest. However, this could take longer if you are facing a felony charge. These court settings are in the morning and usually brief. You will meet your attorney in the courtroom. At these settings is when your case is negotiated with the prosecutors. If a deal cannot be reached, your case will get on a contest docket and will eventually go to trial. If you are facing this charge, please call me. Let’s discuss your case and your potential defenses. I fight hard for my clients and I genuinely care about my clients. I offer a free and confidential consultation so call me today and let’s discuss this charge.